"The Big Apple in two stunning views"
Measures each 56,5 x 85 cm, in custom-made mats and fine old frames.
Two colored lithographs after the original painting by Charles R. Parsons (1844-1920) and Lyman W. Atwater (1835-1891) representing two different views of the Port of New York. They were published by Currier & Ives, who used to call themselves the "Printmakers to the People". Founded in 1834, they produced high-quality lithographs until the business closed in 1907: hundreds of images that chronicled the growth of the United States. These stunning bird's-eye views show typical boats and ships of the late 19th century veering in and around Staten Island, Governor's Island, part of Brooklyn, New Jersey and Manhattan, and include several points of interest. At the center of the first view is Castle Garden, originally an island and cultural hub with a world famous theater. The view of the Port is titled "Bird's eye from the Battery". Some light foxing. 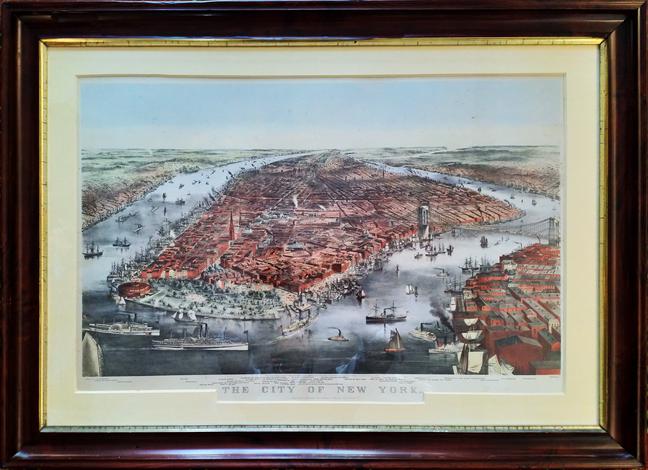 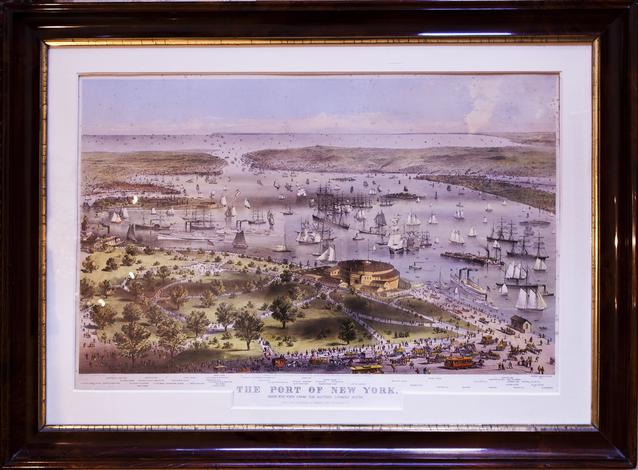